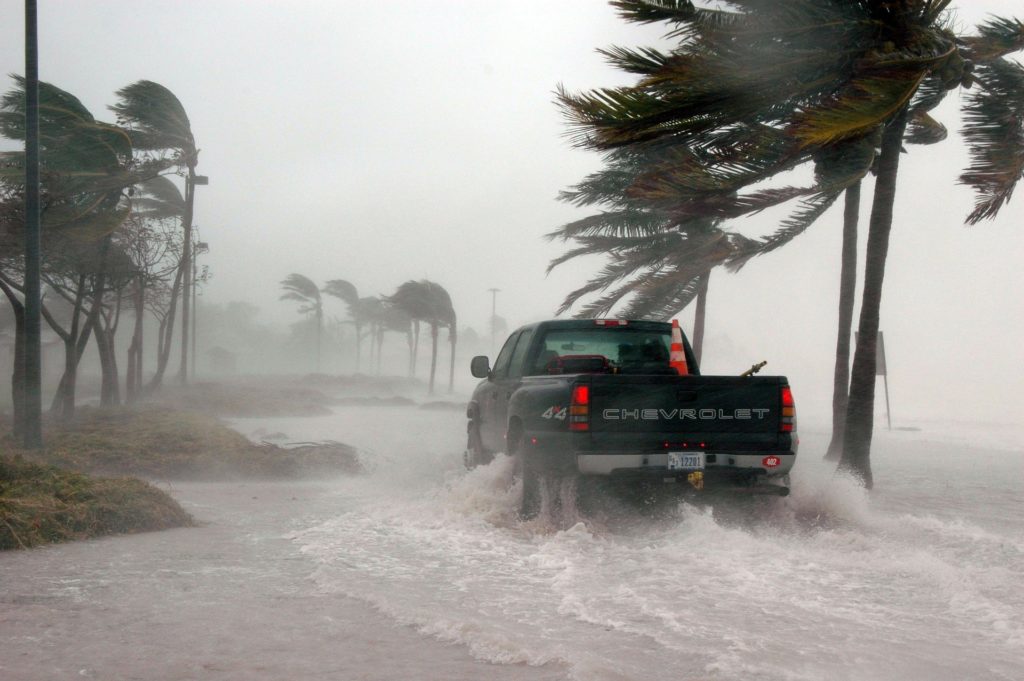 by Rick Christ
In the last 25 years, hurricane prediction has become increasingly more accurate – but the public has a hard time believing that. That leads to inaction and a sense of fatalism, both of which can have deadly consequences.
Saturday – September 8, 2018 – tropical storm Florence is 2,600 miles out to see from Myrtle Beach, South Carolina. The National Hurricane Center 5-day forecast does not show any impact on the U.S. coast. Yet, it’s time for people from Savannah to Virginia Beach to review their emergency plans and get ready to act.
Hurricane preparedness suffers from some unfortunate facts, but hurricane prediction isn’t one of them. Among them:
Today’s 5-day forecasts make hurricane prediction and reporting more accurate than two-day forecasts of 25 years ago. And 5-day forecasts are what you need because that’s when you need to line up your resources for evacuation. You may wait until as little as 72 hours before impact to actually decide to load up, but you’d better have the vehicles fueled and ready then.

Either Way, The Cost Adds Up

We know the cost of evacuation. A group of three long-term care facilities evacuated to their inland facilities in the face of Hurricane Matthew in 2016. The 160 residents stayed inland for a week, then returned home when it was clear. The total cost was an estimated $600,000. However, we know the cost of not evacuating, too. One wrongful death suit against a nursing home in Louisiana, who abandoned their residents after Katrina, resulted in a $1.3MM verdict. Had only 10 of those 160 residents died and similar verdicts handed down, the Georgia organization would have cost 20 times the evacuation cost.
We know the trauma inflicted on vulnerable populations during an evacuation. We know it’s a last resort, but it has to be an option. Of all the reasons NOT to evacuate, here are two that don’t count:
If your organization needs to conduct a valid Hazard Vulnerability Assessment or needs to evaluate its evacuation and shelter-in-place procedures, please ask us before you need it.
Categories:
Topics: Hurricane